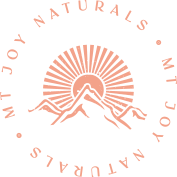 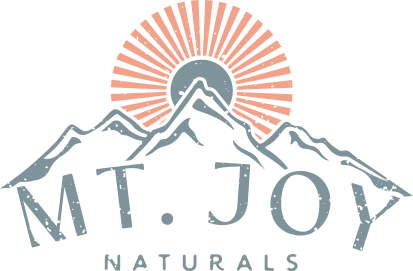 Cannabis and Marijuana do not mean the exact same thing. As stated by the National Center for Complementary and Integrative Health, cannabis is derived from the plant, Cannabis Sativa, and has hundreds of chemical substances (NIH 2018). There are two main strains, Sativa and Indica. Sativa is a more alert and active strain, while Indica induces relaxation and sleepiness. Marijuana, on the other hand, refers more to the Delta-9-tetrahydrocannabinol, which is more commonly known as THC, commonly recognized as the substance that creates the head high or euphoria.

Marijuana has over 100 active components; Delta-8, Delta-9, and Delta-10 are some of the more commonly used of these components (NIH 2018). Tetrahydrocannabinol (THC) and Cannabidiol (CBD) are the main cannabinoids. 7Health Europa explains how cannabis contains CBD, a chemical that impacts the brain, making it function better without giving it a high, along with THC which has pain-relieving properties (Health Europa, 2020).  There are almost endless benefits that people can get from the use of Cannabis that would not have been considered some years ago. One example is relief from chronic pain. A lot of people would ask the obvious question, how.

Cannabis contains many chemical compounds, a good majority of them being cannabinoids. The chemical makeup of cannabinoids relieves chronic pain. In Peter Grinspoons article on medical marijuana, he gives examples on how patients have reported many benefits after using CBD, that include relieving insomnia, allaying anxiety, calming spasticity, ending pain, and mediating epilepsy. One particular form of childhood epilepsy, called Dravet syndrome, is almost impossible to control. Yet it responds dramatically to a CBD-dominant strain of marijuana called Charlotte’s Web (Peter Grinspoon, 2020).

What are cannabinoids? In the cannabis sativa plant, there are naturally occurring compounds, those compounds are cannabinoids. Cannabinoids exert their effects by interacting with specific cannabinoid receptors present on the surface of cells. For example, CBG, CBC and CBD are not known to be psychologically active agents whereas THC, CBN and CBDL along with some other cannabinoids are known to have varying degrees of psychoactivity.

Earlenbaugh, Emily. “What Is CBN (Cannabinol) and What Are the Benefits of This Cannabinoid?” Leafly, 11 Mar. 2021, https://www.leafly.com/news/science-tech/what-is-cbn-and-what-are-the-benefits-of-this-cannabinoid.

“Cannabis (Marijuana) and Cannabinoids: What You Need to Know.” National Center for Complementary and Integrative Health, U.S. Department of Health and Human Services, https://www.nccih.nih.gov/health/cannabis-marijuana-and-cannabinoids-what-you-need-to-know.

HHC : customers have experienced an increase in mood. Stimulates an increase in activity more so than THC. It is hydrogenated from THC, meaning it was charged or combined with hydrogen.

HHC-P : Is very similar to THC-P they both have a longer carbon tail than THC just meaning that it has a stronger connection with your cannabinoid receptors. Our customers have described it as an incredible relaxing sensation.

THC-O: It is in the category of synthetic marijuana, it makes a stronger connection to your cannabinoid receptors increasing the effects, costumers have described it has stronger than THC,

CBD-A: is a major cannabinoid but is also a non-intoxicating it is very similar to and compared to CBG-A which is a minor cannabinoid CBD-A is known for reducing nausea, but it may help with pain, insomnia, anxiety, epilepsy and even cardiovascular issues “ heart disses and conditions’’. CBD-A is a good way try and help these symptoms without experiencing any head change or body change if you’re looking for or interested a replacing nonsteroidal and anti-inflammatory medications such as ibuprofen.

CBD: CBD has been known to help serval people with serval different conditions from nuerological disorders/ conditions, diabetics found it is very useful for regulating their sugar, all the way to skin conditions and cancers. It has also been known to combat chemo symptoms. CBD affects people differently never resulting in a bad outcome or allergic reaction. The research that has been done states that it just doesn’t work for a small group of people. BUT with that being said everyone has a very good chance that CBD will change your life for the better and it will never cause more harm. Consistency is key with this cannabinoid, and everyone needs to try it. It’s changed countless lives all for the better.

CBG: Is a cannabinoid obtained from the cannabis plant. CBG works by binding both of your receptors where it’s thought to strengthen the function of anandamide a neurotransmitter that plays a role in enhancing pleasure and motivation, regulating appetite and sleep, also alleviating pain. Research states that CBG interacts with your C1 and C2 receptors increasing your dopamine levels.

CBC: is one of the major phytocannabinoids that is underrated. Regardless of the limited research, CBC has shown results of pain relief, mood enhancement so helping with anxiety and neuroprotection. Also, many cases of significantly reducing inflammation and swelling. In some cases, it has reduced depression symptoms, and cancer symptoms also with chemo patients a significant change was researched with a decrease in pain and chemo symptoms.

CBN: the researched suggest CBN could provide pain relief for chronic muscle pain disorders, such as pain in jaw muscles (TMJ) joints, nerves, and fibromyalgia (a condition that causes pain all of the body). What does CBN do for your brain? We further found that CBN worked by protecting mitochondria, the cells powerhouses within the neurons. In damaged cells oxidation caused the mitochondria to curl up like donuts – a change that’s also been seen in aging cells taken from the brains of people with Alzheimer’s disease. Meaning it protecting your cells from doing that and could potentially protect you from Alzheimer’s and

potentially majorly increase the status of an Alzheimer’s patient.

CBN-O: is effectively used as a sleep aid or sedative, this cannabinoid has also been shown to help regulate the immune system and works to relief pain and inflammation that may be causes by several conditions including arthritis and Crohn’s disease. One study found CBN-O could help delay the onset of amyotrophic lateral sclerosis (ALS) a disease that effects the cells in the brain and spinal cord

Delta-8: is a THC potent relaxant that is known for relieving stress, but it can also improve your focus and sleep patterns, ease pain, reduce anxiety, boost appetite, and relieve nausea and vomiting. It also causes a similar head change and body change to THC just not as intense some customers have stated. But still needs to be consumed or smoked with caution. You will fail a drug test for THC delta 8 metabolized by the human body the same way THC is.

Delta-9 ( tetrahydrocannabinol) : identifies as the primary active component of cannabis it is the most abundant THC found in the cannabis sativa. Delta 9 is the more specific name for what people typically call THC.

Delta -10: is a cannabinoid found in trace amounts in the cannabis plant, like regular THC(Delta-9) it can cause a head change and body change, it is just less potent. The same as most of your cannabinoids extremely helpful in relieving stress, and tension, carrying the euphoric feelings. Delta 10 has been linking to a stronger energizing, productivity, creativity & focus.

THC: THC binds with your receptors and cause a light to intense depending on how much you smoke or consume. This is your cannabinoid mostly known in the form of Marijuana. This is your most common cannabis, it is not legal for retail in the state of VA. This usually comes in two strains of sativa or indica. If you got the sativa, you’re in for more of an uplifting effect, with increased energy and motivation along with creativity and reduced anxiety, and your indica strain is more of a euphoric relaxation sensation, you should feel very relaxed should help you wind down and get rid of all that extra built of tension and anxiety that is stopping you from a good nights sleep. I have found better results in being consistent with using a sativa during the day and an indica during the night. Will also still help with any inflammation and swelling. And if very good for clearing the mind after a very long day.

Subscribe to Our Newsletter.
Quick About
We sell top quality CBD products of all sorts, and ship to every corner of the United States
Categories
Contact
(276) 601-6994
joseph@mtjoynaturals.com
1103 E Stuart Dr.
Galax VA, 24333 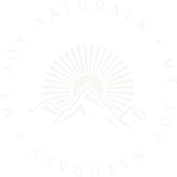 Check out our Award-winning Products! 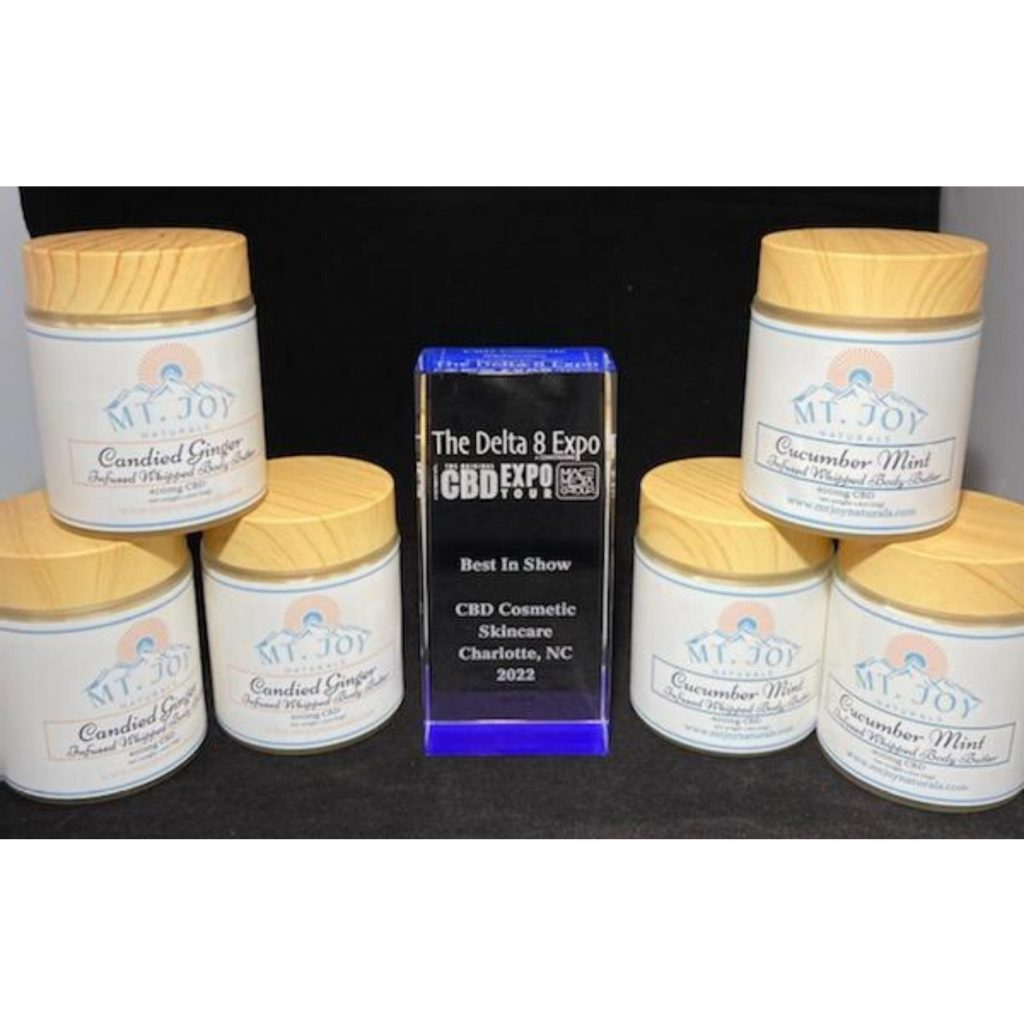